The first Sri Chinmoy Inspiration Marathon is held in Burlington, Vermont, with only two days’ planning. It takes place the morning after Sri Chinmoy’s concert at the University of Vermont.

Thirty-six runners complete the marathon distance. Sri Chinmoy, who is recovering from running injuries, runs the first 13 miles and the last 2 miles.

Observations at the Marathon

Savita was smiling all the time during the marathon. Usually, when you see people running, you can tell who are the helpers: they are the ones smiling. But Savita smiled for twenty-six miles.

For fifty metres during the inspiration Marathon, I was blessing Hashi like anything. How? I was ten or fifteen metres behind her. Each time I saw her shadow, bang! I put my left foot on her head. For fifty metres I did it. It was at the twelve-mile point.

I was ten or fifteen metres behind her. She is so short, but her shadow was quite long. Then, the second time Hashi started running with me, she went so fast.

Published in Run and Become, Become and Run, part 3 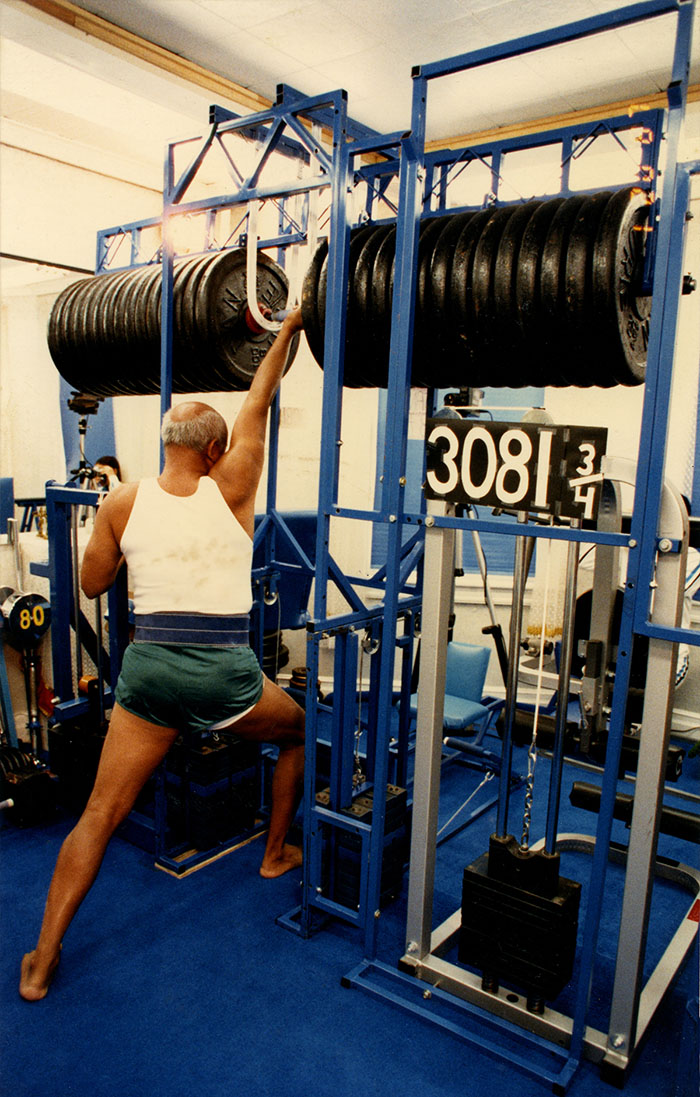 Published in My Weightlifting Tears and Smiles, part 3 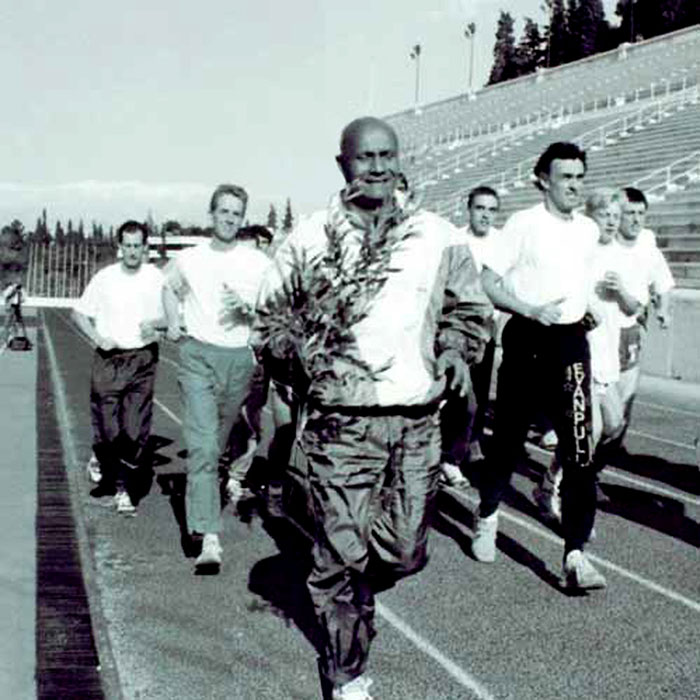 Sri Chinmoy carries an olive branch as he runs the final lap — in the Olympic Stadium in Athens — of the Sri Chinmoy Peace Marathon Relay held on Pheidippides’ original marathon route from Marathon to Athens in Greece.