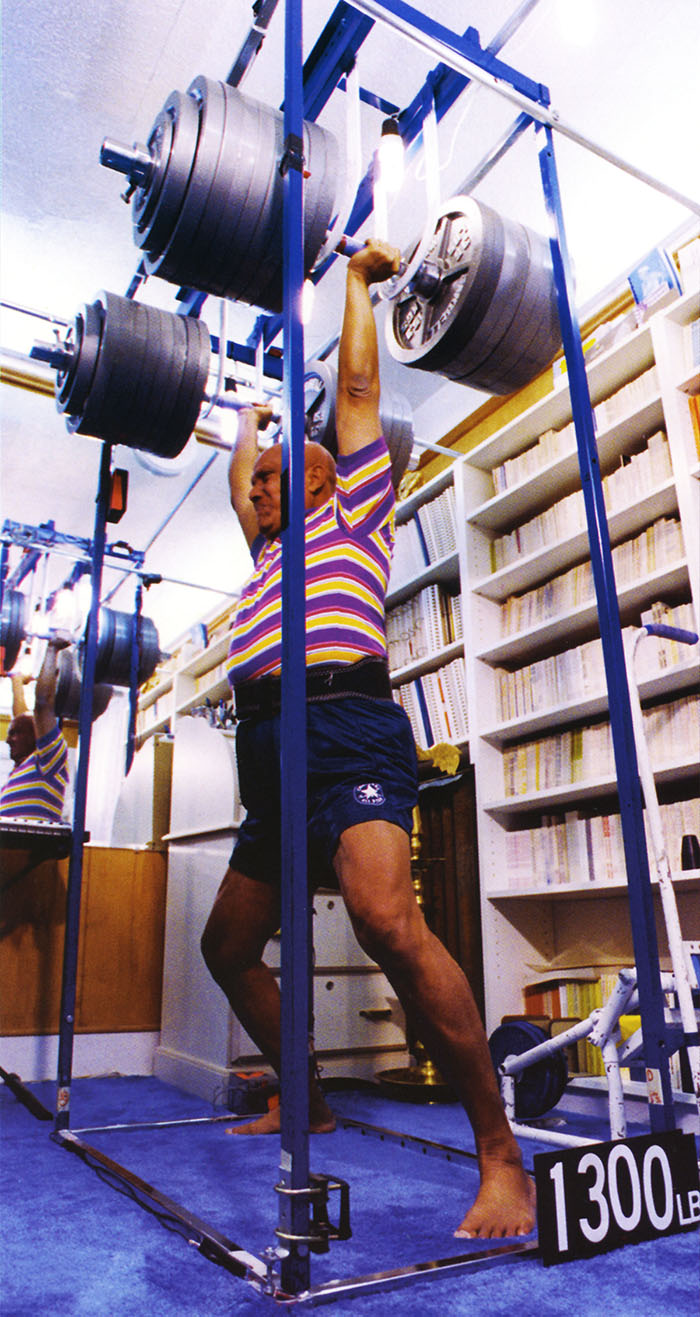 For the first lift, I gave myself zero. But when I did the second lift, my third eye was telling me that my left arm went up a little. My human eyes were telling me that it is all foolishness.

Then, when it came to the third lift, definitely the push was coming. For the fourth lift, I turned on the camera and the result was very good. The fifth lift happened to be the best. I then did it two more times. The fourth, fifth, sixth and seventh lifts are all noticeable and visible. Today, on the very first day, it has gone practically as high as 1,000 pounds. So you can see, impossibility is not to be found in our aspiration-dedication-journey.

For me, it is nothing short of a miracle and again, there is no such thing as a miracle at the Feet of our Beloved Supreme. This is called Grace. From 900 to 1,000 pounds, it took four days. Then today I lifted 1,300 pounds on the very first day. On the 13th of April I will do it so that even the blind can see!

I never, never imagined that with this 300-pound increment I would be able to succeed on the very first day. So it is one hundred per cent due to the Grace of the Supreme. That is why after the lift I said, “Indeed, a mystic journey in the weightlifting world.”

Published in A mystic journey in the weightlifting world, part 4

Something historical has taken place

It seems that something historical has taken place today. Only future generations will appreciate it. This morning, at 8:37, I embarked on this journey and at 8:56 I completed it. I said it would be a very, very, very long journey, but when the Compassion-flood descends from Above everything can take place in the twinkling of an eye. I never, never, never imagined that today I would be able to lift 1,300 pounds. That is why I used the term ‘mystic’. How can one increase by 300 pounds?

There is no such thing as impossibility when you entirely depend on the Will of God. But if you feel that you are the doer, then impossibility looms large.

Published in A mystic journey in the weightlifting world, part 4