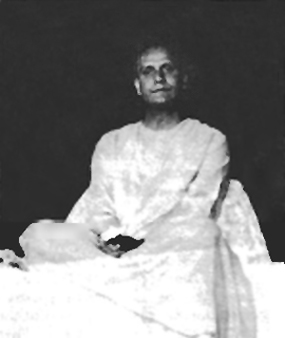 The evening was a mixture of music and meditation. “Music is next to spirituality,” Sri Chinmoy teaches.… Also performing were the Mahavishnu Choir and the Bengali Singers, an all-girl choir that sings Bengali songs written and set to music by the Master. “The whole evening flowed like music,” one young girl from Toronto said afterwards.

In addition to the seekers of various paths from around the New York area, Sri Chinmoy’s own disciples came from across the United States and Canada. For them it is one of the highlights of the year.

Sri Chinmoy says that each new year offers a unique and significant opportunity to make inner spiritual progress and to manifest the divine life in the outer world through aspiration and dedicated service.

Note: Anahata Nada was the longest-running newsletter of the Sri Chinmoy Centre. It was first published on January 1, 1974, and chronicled Sri Chinmoy’s life and activities for over three decades until 2007.