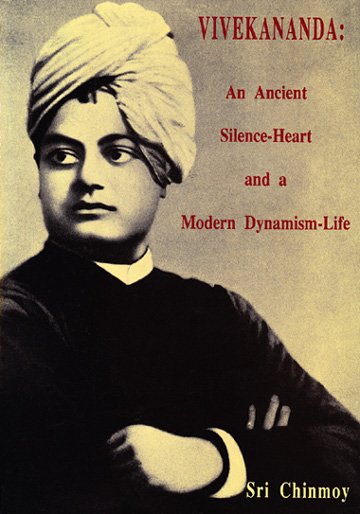 In 1893, the city of Chicago was host to a rainbow-gathering of representatives from the world’s great religions. They had come together in a spirit of oneness for the World’s Parliament of Religions. It was not the first such attempt to encompass the universal spiritual aspirations of man, there having been precedents as early as the third century BC, when the Indian King Asoka invited one thousand scholars of all faiths to meet in Patna. Again, in the sixteenth century, the great Moghul Emperor Akbar created a Hall of Worship in his palace at Fatehpur Sikri where debates were conducted between representatives of many faiths, including Christianity and Judaism.

However, the World’s Parliament of Religions in Chicago in 1893 was the first such endeavour in modern times to reveal the truths which all faiths hold in common and to deepen mankind’s understanding of the unique worth of each.

From India, a penniless monk received an inner message to come to America and participate in the conference. Bearing the ancient message of the Vedic seers, his only credential, he was welcomed as a representative of Hinduism, the mother of all religions. This was Swami Vivekananda, whose presence and speeches were to profoundly inspire and illumine the entire gathering.

“Sisters and brothers of America,” he began in his opening address on 11 September 1893. With these few words he indeed sprang a surprise on the audience. Here there is no “Mr. and Mrs.,” no “Ladies and Gentlemen.” Here a brother is sharing his inspiring and inspired heart’s message-light with his sisters and brothers of the whole world. Likewise, his world-sisters and world-brothers in no time discovered in him a real brother, a oneness-heart-brother. They responded to his opening words with thunderous applause and it was several minutes before peace was restored. Swami Vivekananda then proceeded to declare to the world at large the supreme necessity for universal acceptance and tolerance. His superb command of the English language, his deeply resonant voice and his dignified bearing captivated the thousands who attended the Parliament each day. Indeed, it may be said that Swami Vivekananda galvanised the World’s Parliament of Religions with his soul-stirring words.

1993 marks the centenary of that great occasion and Sri Chinmoy has chosen to honour Swami Vivekananda and his contribution by humbly offering this collection of poems, aphorisms, dramatic writings, stories and essays about the significant episodes in Vivekananda's life. The material has been drawn from Sri Chinmoy's writings over the past three decades and includes a special series of 39 poems and aphorisms written in 1993. The book also contains Sri Chinmoy's musical compositions about Swami Vivekananda.

In 1893, Swami Vivekananda and other delegates to the World's Parliament of Religions in Chicago helped to usher in the dawn of a new era of oneness between world religions. As we reflect on the one hundred years that have passed, the message of Swami Vivekananda resounds as powerfully now as it did then. In the words of Sri Chinmoy:

Finally, to our extreme delight, Sri Chinmoy the Vivekananda-admirer and Vivekananda-adorer is chosen by the soulful and bountiful organisers of the World’s Parliament of Religions to commence the august 1993 convocation with a few moments of silent meditation on 28 August 1993.