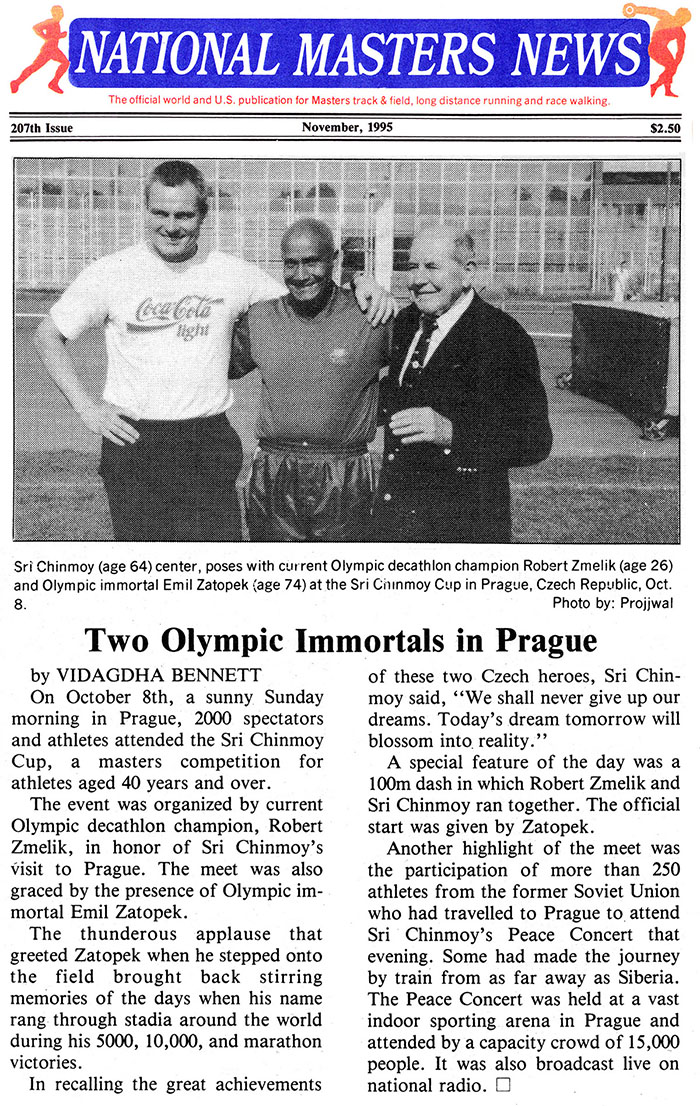 On October 8th, a sunny Sunday morning in Prague, 2000 spectators and athletes attended the Sri Chinmoy Cup, a masters competition for athletes aged 40 years and over.

The event was organized by current Olympic decathlon champion, Robert Zmelik, in honor of Sri Chinmoy’s visit to Prague. The meet was also graced by the presence of Olympic immortal Emil Zatopek.

The thunderous applause that greeted Zatopek when he stepped onto the field brought back stirring memories of the days when his name rang through stadia around the world during his 5000, 10,000, and marathon victories.

In recalling the great achievements of these two Czech heroes, Sri Chinmoy said, “We shall never give up our dreams. Today’s dream tomorrow will blossom into reality.”

A special feature of the day was a 100m dash in which Robert Zmelik and Sri Chinmoy ran together. The official start was given by Zatopek.

Another highlight of the meet was the participation of more than 250 athletes from the former Soviet Union who had travelled to Prague to attend Sri Chinmoy’s Peace Concert that evening.

Some had made the journey by train from as far away as Siberia. The Peace Concert was held at a vast indoor sporting arena in Prague and attended by a capacity crowd of 15,0QO people. It was also broadcast live on national radio.